Episode 196 [in English]: Episode on the Rock

On August 30, 2021, we published a magical bicoastal, virtually-recorded episode with Amir Aram Ronaldo.  We now have an in-person episode with them a little over a year later!  On October 30, 2022, we (Alia, Nadia, and Aram) set out on an adventure in NYC on a Halloween bookstore crawl.  Boba tea was had.  Pickles were purchased at a bookstore that has books and pickles.  Cats being walked in clear backpacks were discussed.

We took a break, sat on a large rock in a park, and recorded this mini-episode!  Hear all about Avocado Toast’s, Bella Hadid’s, and Cher from Clueless’ ARTISTIC process with their costumes, about Aram’s NYC life, and more. 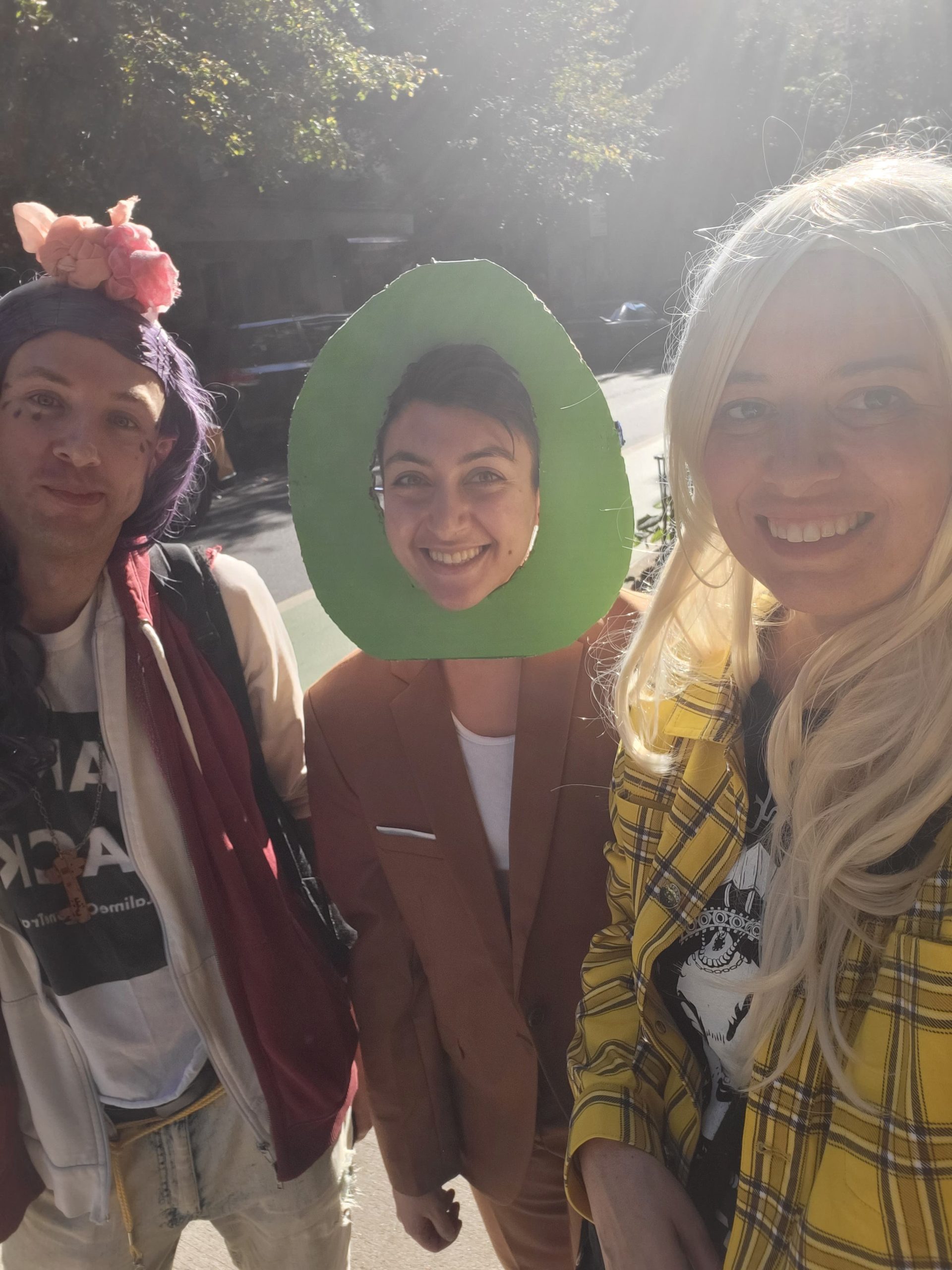