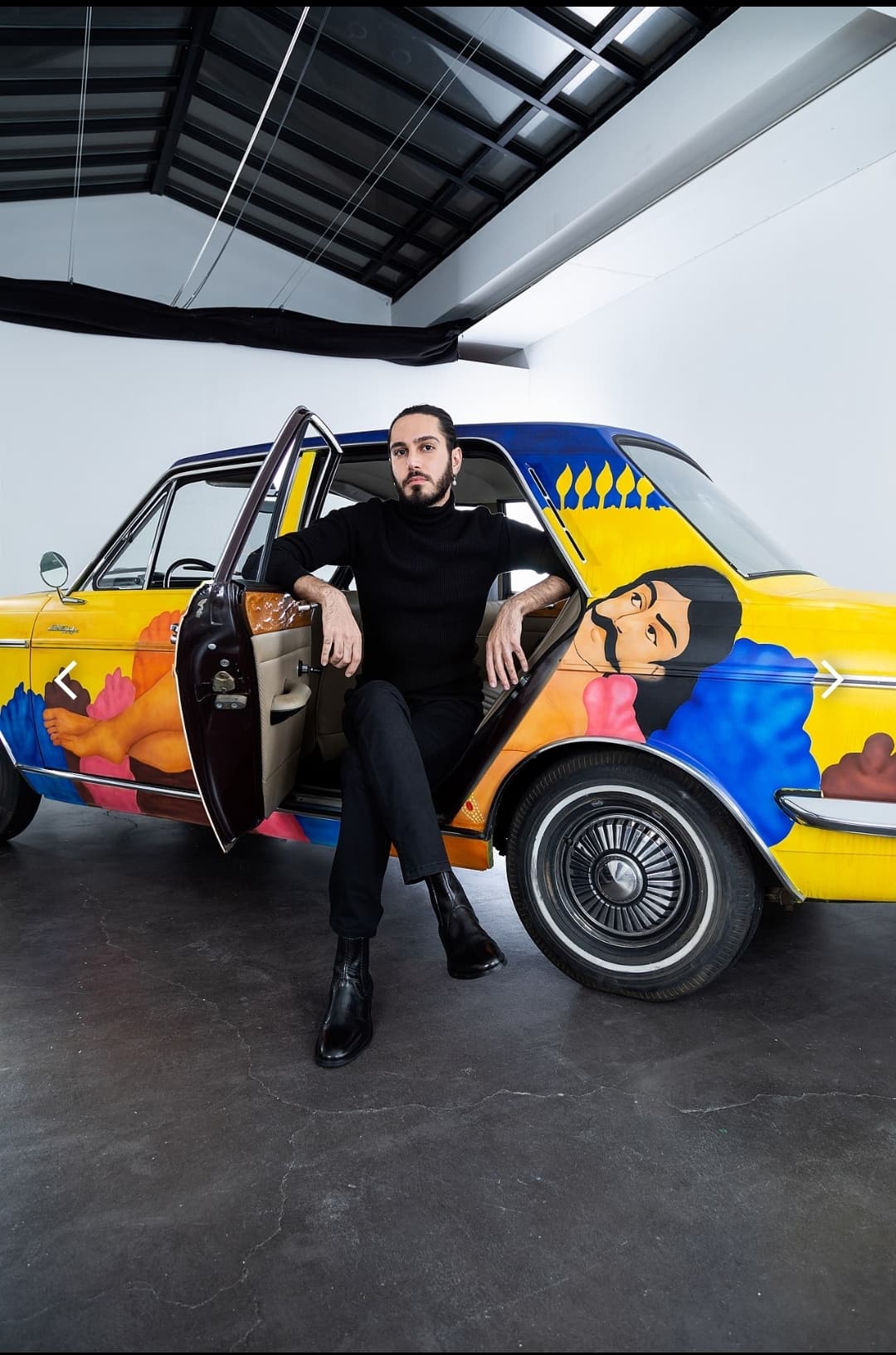 We were thrilled to have Alireza Shojaian back on the podcast after his last episode three years ago! Alireza is an artist from Iran, previously in Beirut, and currently based in Paris whose work pushes boundaries in representation of queer bodies and sexuality.

He discusses his veggie drawing series, made during a period of identity questioning, and the line between gay and trans identities in the Iranian framework. He also explains the instances of censorship he’s still experienced presenting queer work in the US and France, due to Iranian authorities exerting “soft power” abroad and Western presenters neglecting to stand up for the marginalized artists they claim to support.

Finally, Alireza talks about his future plans as an artist in Paris, pursuing training, and working his way into a sometimes exclusive scene.  He’s currently working on a series called Under the Sky of Shiraz that centers around figures from Persian folklore and the longing of exile: when you look at the sky, you can still know you’re sharing this sky with the home you miss.